The COVID-19 pandemic and adjustments to schooling brought new challenges for many students. As schools switched to remote learning, and then back to in-person learning, new policies were developed that had a negative impact on many students with disabilities and their families. Tilly Davis was one of those students.

Tilly, who is now almost eight, has a chromosomal abnormality that brings significant developmental delays and some behavior challenges. One-on-one instruction and time with peers are critical to her progress. Distance learning was very difficult for her, and she lost ground during the months the schools were closed. In addition, her mother works in the critical infrastructure supply chain, and both parents found it impossible to do their jobs and provide the support Tilly and her younger sister needed during the day.

During the summer of 2020, the school district attempted to create a new policy: students who were not able to socially distance could not participate in the summer care program. They said that, in addition, Tilly could not return to in-person school in the fall. The school expressed concern about her need for staff support with eating and toileting, and some of her behaviors that they considered dangerous during the onset of the pandemic. The district suggested a more restrictive environment, but Tilly’s parents didn’t see any academic or behavioral need to change the educational setting where she had been doing well and succeeding before. JoEllen Martinson-Davis, Tilly’s mother, started looking for help.

“I knew in my gut that the quick pace of the pandemic would bring unknown changes in education and further special education discrimination,” she said.

“I had seen cases like this before, with schools trying to use disabilities as fear tactics,” says Ladd. “They used Tilly’s disability as a reason to deny access that is required by law.”

Ladd called the school and challenged the new policy, citing the Americans with Disabilities Act (ADA). He also reminded them of the requirement that school districts provide access to afterschool or daycare programs on an equal basis with reasonable accommodations. The school district backed down on some of their position, but not all. Ladd then provided Tilly’s parents with advice to use at their meetings with the school.

“The meetings went well,” Martinson-Davis reported. “I think there had been a number of misunderstandings, or miscommunication between teams on the school’s side. They made some mistakes, which they admitted to and apologized for.”

Returning to School with Effective Advocacy

Tilly returned to her special education classroom with support for the 2020-2021 school year. She was integrated into mainstream classrooms and made progress in the academic and social skills that were lost in remote schooling. Tilly’s parents continued to negotiate with the school regarding Tilly’s before- and after-school care, plus support during summer vacation and non-school days. Ladd provided legal advice for the negotiations.

“The tension we experienced at the beginning, and the lack of understanding about the laws around discrimination felt so heavy and huge; it was affecting everything,” Martinson-Davis said. “Getting to a new center of truth was important, and the school acknowledging their mistakes helped clear the air a bit.”

Legal support enabled Tilly’s parents to effectively advocate for her with the school district, knowing they had backup if they needed it. Ladd and MDLC provided support throughout the process.

Tilly is now attending school, progressing as needed, and receives adequate support in her before- and after-school care when her parents are working.

“My stress level dropped tenfold when Joshua entered the discussion,” Martinson-Davis says. “He understands broad strokes and nuances of discrimination law. We are so relieved and thankful to Legal Aid for help, preparation, and encouragement. We are lucky to have had Joshua on our team.”

Risa T. shares her story of coming to MMLA for legal representation related to domestic abuse and a bitter divorce and child custody battle. After a successful outcome, she created paintings to help with her healing....

Making school lunch shaming a thing of the past

The first reports of “lunch shaming” in Minnesota came to Legal Aid’s Legal Services Advocacy Project (LSAP) back in 2008. School cafeteria workers were publicly dumping students’ lunches in the garbage or serving alternative meals because their parents hadn’t paid the bill. Much has changed since then, including Minnesota’s 201... 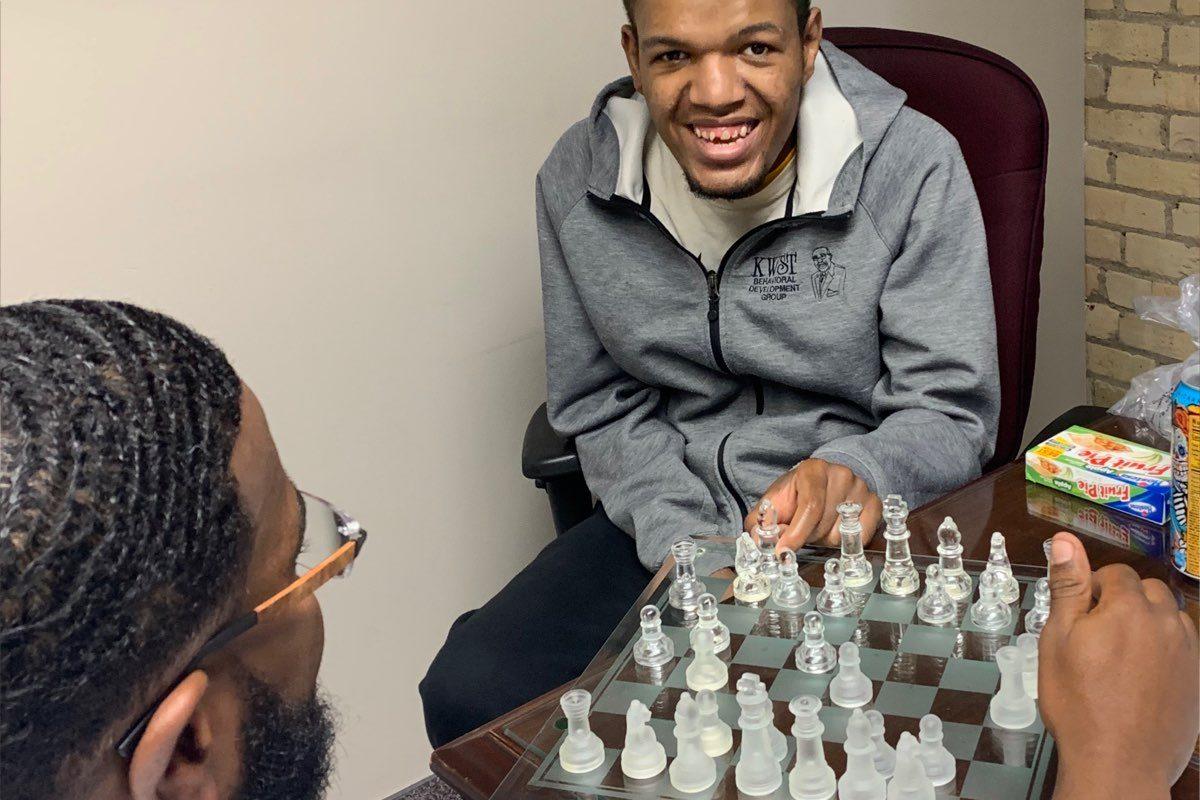 Will O’Leary was born with developmental disabilities. He suffered abuse, neglect, and traumatic brain injury as a toddler and had little stability through his early years. At the age of 16, behavioral problems and a lack of advocacy landed O’Leary at St. Peter Regional Treatment Center on a unit with...