Divorce, custody, and domestic violence cases are emotionally challenging in the best of times. COVID-19 has brought heightened concerns for safety and stable housing, making these family law cases more difficult and sometimes dangerous. Many of our clients face limited options as they try to keep themselves and their children safe.

Olympia* started working with Staff Attorney Chloe Canetti in St. Cloud in early March. She was referred by a Stearns County Attorney Victim Advocate, as a Violence Against Women Act (VAWA) case. Her husband was in jail for attempted murder. In addition to dealing with the trauma of that event and her husband’s criminal case, Olympia had to get a divorce, find housing for herself and her children, and deal with foreclosure and tax debt from the marriage.

“I first met Chloe in her office, before COVID hit,” Olympia says. “She really listened to how I was feeling, and that was most important. She never pressured me, and never told me I had to do anything. She tuned into where I was coming from and what I wanted out of the divorce. It was nice to have someone so helpful who was willing to go to bat for me.”

Courts and government offices were starting to close down just as the divorce documents were ready to be filed. The sheriff’s office announced that they would not serve legal documents until further notice. Several months passed before the documents were served on Olympia’s husband. He asked for an extension saying he could not answer because of the lockdown.

The judge allowed an extension and granted an Order for Protection and a no-contact order. Time dragged on, and Olympia’s husband asked for another extension. Canetti argued that the pandemic shouldn’t be an excuse to prolong the case indefinitely. The judge finally agreed to a default hearing and the divorce order was signed in late August.

“I thought my case would be simple, but it got difficult in a hurry,” Olympia says. “I was relieved when Chloe pointed out to the judge that my ex-husband’s criminal case was right around the corner. She strongly suggested that it wasn’t a good idea to keep adding trauma, and it would be good to at least finalize the divorce.”

Most of Legal Aid’s family law cases, like Olympia’s, have a domestic violence component. The pandemic and emergency orders create extra difficulties for clients as judicial officers try to figure out how to handle timelines and defaults, and reduced access to the courts and services.

“The courts are doing the best they can to keep their staff healthy, but it’s harder now for people to access the courts,” says Jayne Barnard McCoy, Supervising Attorney of the Minneapolis Family Law unit. “Self-help options are limited, procedures are slowed, and tensions are exacerbated.”

Legal Aid offices have also seen a spike in custody questions. Divorced parents who are co-parenting may have different household rules and ideas about safety. One household might have elderly grandparents and follow strict social distancing and mask-wearing protocols, while another freely spends time with neighbors.

“Our country is divided, and so are families,” McCoy says. “Courts are reluctant to get involved. These issues are hard for everyone, including judges. The pandemic creates more conflict and drama, and families really don’t need that.”

For Olympia, the comprehensive legal support provided by Legal Aid was more than she expected or even knew that she needed. In addition to walking with her through the complex divorce procedure, Canetti referred her to Legal Aid’s tax unit for help with the IRS debt.

“I have no idea what would’ve happened to me if I went to court by myself,” says Olympia. “I’d never dealt with the court system before, and this was all new to me. I had no idea how much paperwork there would be. I needed someone there to support and guide me. Chloe stayed in touch by phone and virtual meetings and went over the paperwork before court and afterwards. Now I’m getting the same kind of help with the tax problem. I’ve been so lucky to have someone standing with me through it all.” 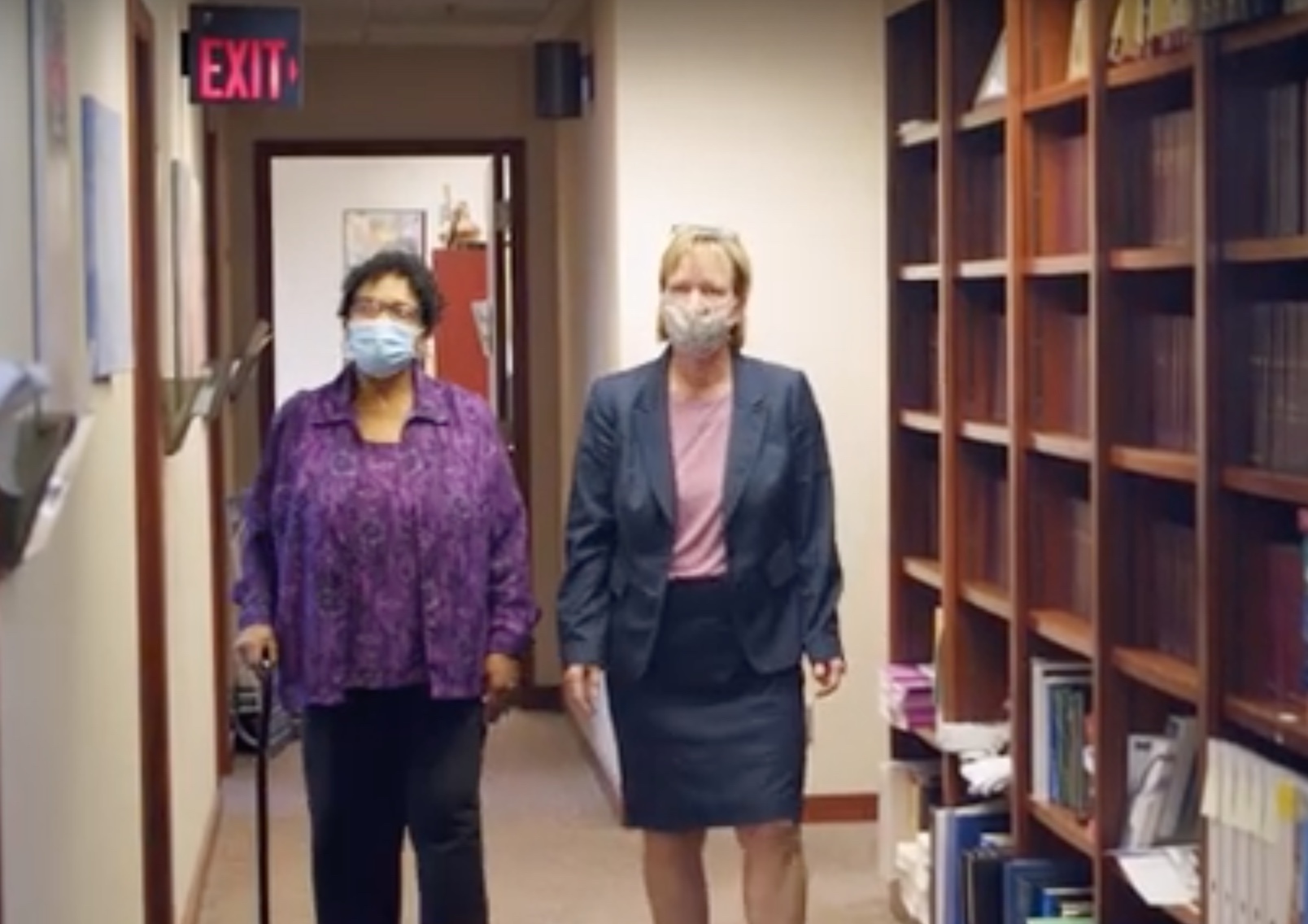 Client Bonita Hampton explains how working with Supervising Attorney Karla Krueger helped her solve a variety of problems from financial difficulties to senior housing issues. Learn about the special bond of mutual respect and admiration they formed through the process.... 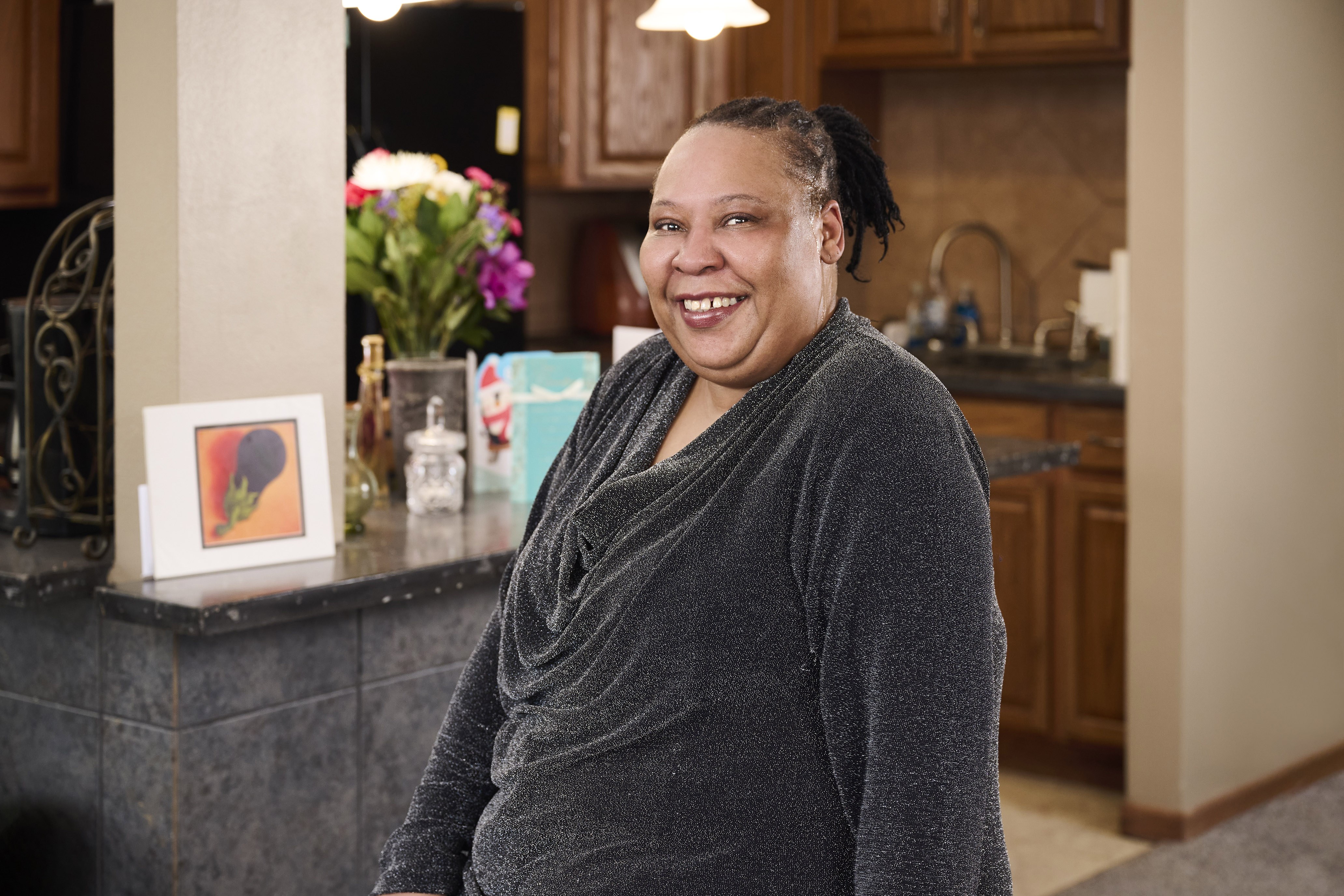